This was quite a project for sure!!  Remember the purpose was to increase the low-flow water surface elevation so the irrigation pumps can draw water.

Construction  started about August 16.  At first work was a little slow while we coordinated all the heavy equipment and rock delivery.  Transportation of the bigger rock needed was problematic because it was difficult to dump and could easily damage the trucks – lost a couple of tailgates and sideboards!! 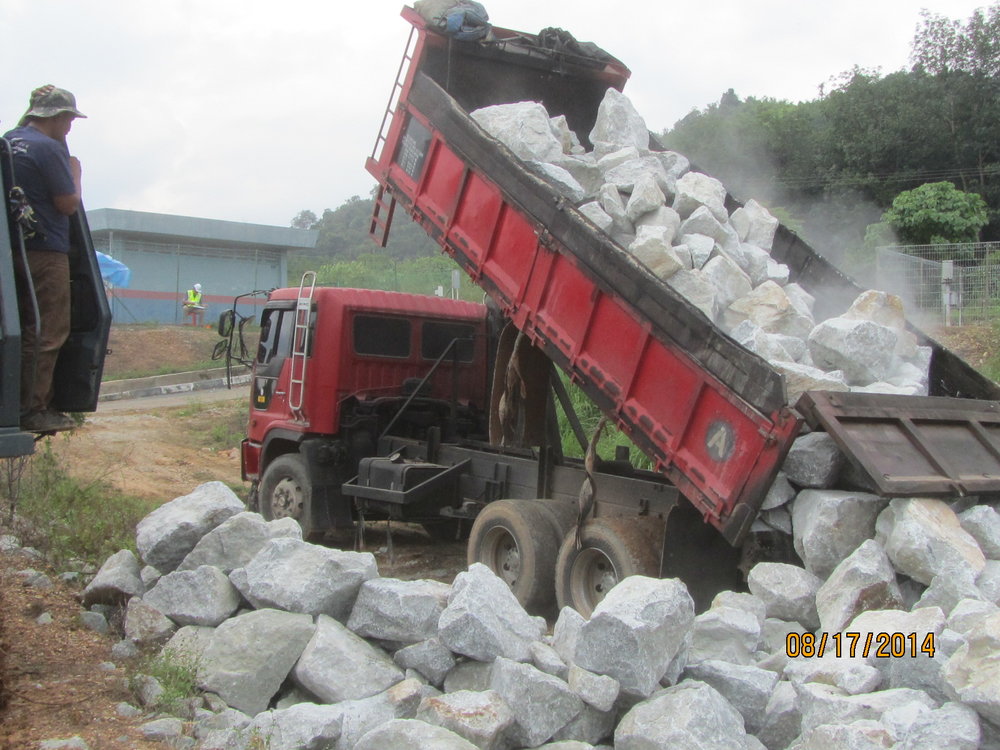 We also had to disassemble the existing gabion baskets.  The Gabion Check Dam was built a couple of years prior.  It was indented to raise the low water surface elevation about 6-9 ft (2-3m) but the &ldquo;mighty&rdquo; Pedu River did &ldquo;an end run&rdquo; and eroded about 20m of the right descending banK.  We took down 2 layers of baskets (about 2 m), left one layer in place (which became our low-water bridge to the other side) and built an Engineered Newbury Riffle.

It was not feasible nor practicable to deliver or use 5000T of really large stone, that is probably why Gabions were the first choice.  What we did was used a mixture of well-graded, poorly-sorted angular granitic stone.  The rock graded from 36&rdquo; (mean diameter) to 2&rdquo;.  D50 was probably in the range of 12-16&rdquo;.

Construction:  The most critical component and difficult construction is the required manner of laying the rock.  It takes quite a while to understand how to compress, buttress and build the structure – one does not simply place large rock on bottom, followed next larger etc.  I try to visualize &ldquo;making&rdquo; as many &ldquo;contact points between adjacent rocks&rdquo; as possible.  Really large rocks might have 3 or 4 contact points while a well-graded, self-launching stone has infinitely more.

Also the riffle must be built in a way to minimize turbulent flow while having as much surface roughness as possible.

We also build one Bendway Weir about 20m upstream of the Newbury Riffle.  Because the Pump House and structures are on a gentle bend in the river (the pump on inner bend) I determined a redirective structure would ensure the high flows went over the crest and not around the structure.  Additionally we laid a tie-back/keyway almost 300 ft into the Right descending bank!!

The last two weeks of work was challenging because the communication and construction oversight had to be done long-distance.  The construction crew, with oversight from Osman and Wing, have became experts!!  Now we shall all wait and see and monitor how the structures.

You can now see the structure and reach in its entirety. 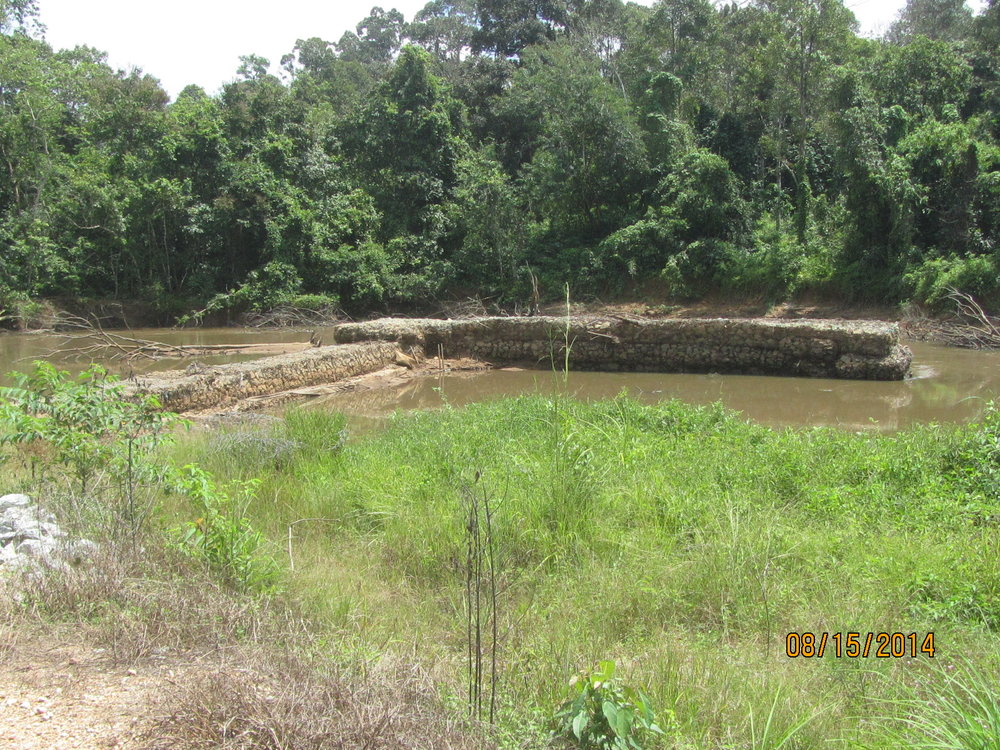 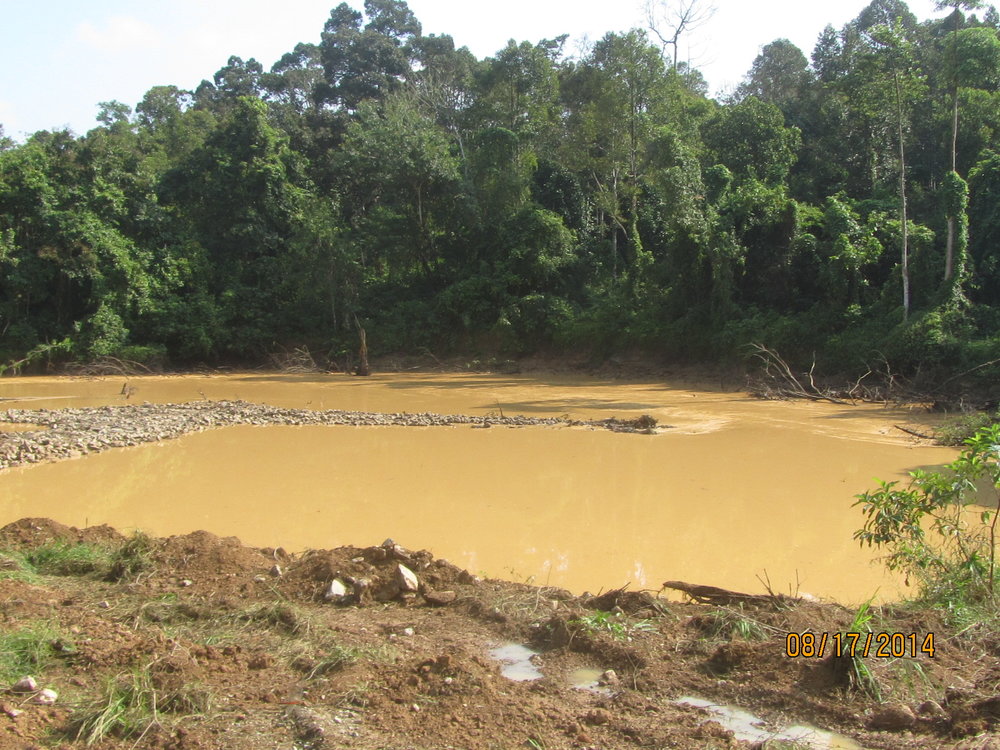