31 Dec International Erosion Control Association announces the recipient of the 2015 Environmental Achievement and Outstanding Professional of the Year Award.

Environmental Achievement and Outstanding Professional of the Year.
The winner was announced on December 16, 2015 on the IECA website.

IECA Names its Environmental Achievement and Outstanding Professional of the Year for 2015.

The Environmental Excellence Award is the IECA’s premier award. It recognizes an outstanding stormwater and erosion and/or sediment control project, program or operation that demonstrates excellence in natural resource conservation and environmental protection. Recipients of this award show a high‐level of environmental benefit by clearly identifying the objectives, methods used, results obtained and details of the benefits to the environment. Accepting the award for the Bijou Area Erosion Control Project will be Stephen Peck, PE, PMP, CPSWQ, QSD.

The Bijou Area Erosion Control Project is a complex regional stormwater pump‐and‐treat system in a Federal Emergency Management Agency (FEMA) ‐mapped flood zone. While the issues were complex, the system applied standard construction techniques in a series to provide efficient stormwater quality treatment and flood control in an effective and easily maintainable manner. To maximize the efficiency of the system, the project included a bypass stormwater double box culvert as a key component of the project. The box culvert conveys upper watershed runoff through the highly developed commercial core, and directly into Lake Tahoe, without contributions from the commercial and highway areas (runoff with high constituent loading). This approach allowed for more effective treatment of the commercial area runoff (significantly less flow/volume), which enters the pump‐and‐treat system. The bypass culvert system further included the design and construction of a headwall in the shore zone of Lake Tahoe, a federally protected water body.

John McCullah is named the winner of the Outstanding Professional of the Year. This award recognizes an IECA member as an individual or organization that demonstrates excellence in their work in the industry and is viewed by his IECA peers as an industry leader through significant engagement with the IECA. McCullah has been in the industry for more than 30 years and during that time he has become a renowned industry expert whose influence spans the globe. In addition to working across the continental United States, McCullah has completed projects in exotic and dramatically different locations such as Malaysia and New Zealand. 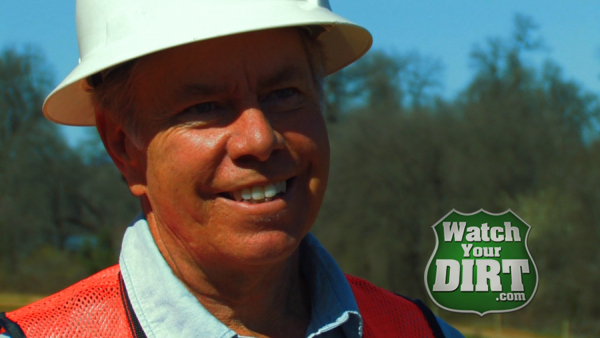 He is a teacher, a scholar, an activist and a professional; and in each of these roles he has made significant positive impacts on the industry in a number of ways over the years. These awards are selected on criteria that reflect quality, skill and environmental benefits. Winners were selected from responses to a &ldquo;Call for Entries&rdquo; process. Both winners will be recognized at IECA&rsquo;s annual conference and expo, Environmental Connection 2016 in San Antonio, Texas on February 17.

Founded in 1972, the International Erosion Control Association (IECA) is a non‐profit organization devoted to serving as the premier global resource for the prevention and control of erosion and sediment related problems. IECA is the world’s oldest and largest association devoted to helping members’ solve erosion and sediment control problems. To sustain its mission, IECA hosts an annual conference for industry professionals, which includes continuing education on the latest technologies and findings, and the  industry’s largest exhibit of related materials, products and equipment. In 2012, IECA formed Region One and Region Two. Region One consists of North America, South America and Europe; Region Two consisting of Africa, Asia and Australia. For more information about IECA, please visit their website at www.ieca.org/regionone.

28 Dec DID YOU KNOW YOU CAN PURCHASE THESE PRODUCTS RIGHT HERE ON OUR SITE.

Just click on “shop” and these products with detailed information on what they contain and how to order will be available to you. 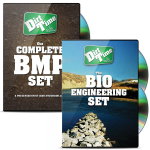 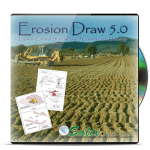 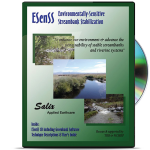 For additional information on each product click on “Erosion Software”.

More and more regulators and resource agencies are asking for or requiring project plans that &ldquo;design with nature&rdquo;.

Are you interested in incorporating Biotechnical (Bioengineering) and Environmentally Sensitive Methods into the work you are designing or reviewing?  Looking for more information? Reviewing case studies, especially those that have &ldquo;passed the test of time&rdquo;, are one of the best ways to determine efficacy, appropriateness and reliability of Bioengineering Techniques. 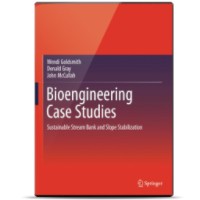 Don Gray and John have collaborated on projects and design guidance manuals for 20 years.Their collaborations thru the years have been synergistic – combining Don&rsquo;s knowledge of engineering practices and geotechnical soil stability with John&rsquo;s extensive bioengineering project experience has resulted in the &ldquo;perfect wave&rdquo; of guidance for effective and practical applicationof Biotechnical Techniques.

Don Gray, M.ASCE, recently received the Ralph A. Peck Award for developing new methodologies, design recommendations, and procedures for environmentally friendly biostabilization techniques. Professor emeritus of Civil and Environmental Engineering at the University of Michigan, Gray has made major and long-standing contributions in the broader field of geoenvironmental engineering, soil behavior, and soil reinforcement, and for decades he has carried out research on soil reinforcement and the influence of woody vegetation on the stability of slopes. Don&rsquo;t miss this opportunity to view Don&rsquo;s 2015 Ralph A. Peck Award lecture at IFCEE 2015 San Antonio, Texas.

We offer all three of of these products on the https://www.watchyourdirt.com store link above. 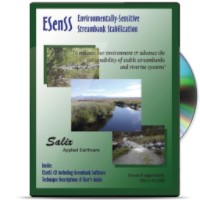 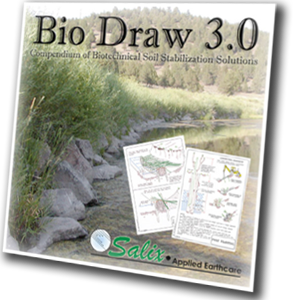 Don and John also collaborated and co-authored the (2005) NCHRP Report 544, Environmentally- Sensitive Channel and Bank Protection Methods (AKA E-SenSS) and BioDraw 3.0. These design guidance documents are provided on CD with, not only design criteria, construction standards, but also AutoCad (.dwg files) and/or Microstation (.dgn files).

These materials and more are available  https://www.watchyourdirt.com

See the lecture at: https://www.youtube.com/watch?v=0lUn5_7fHmE 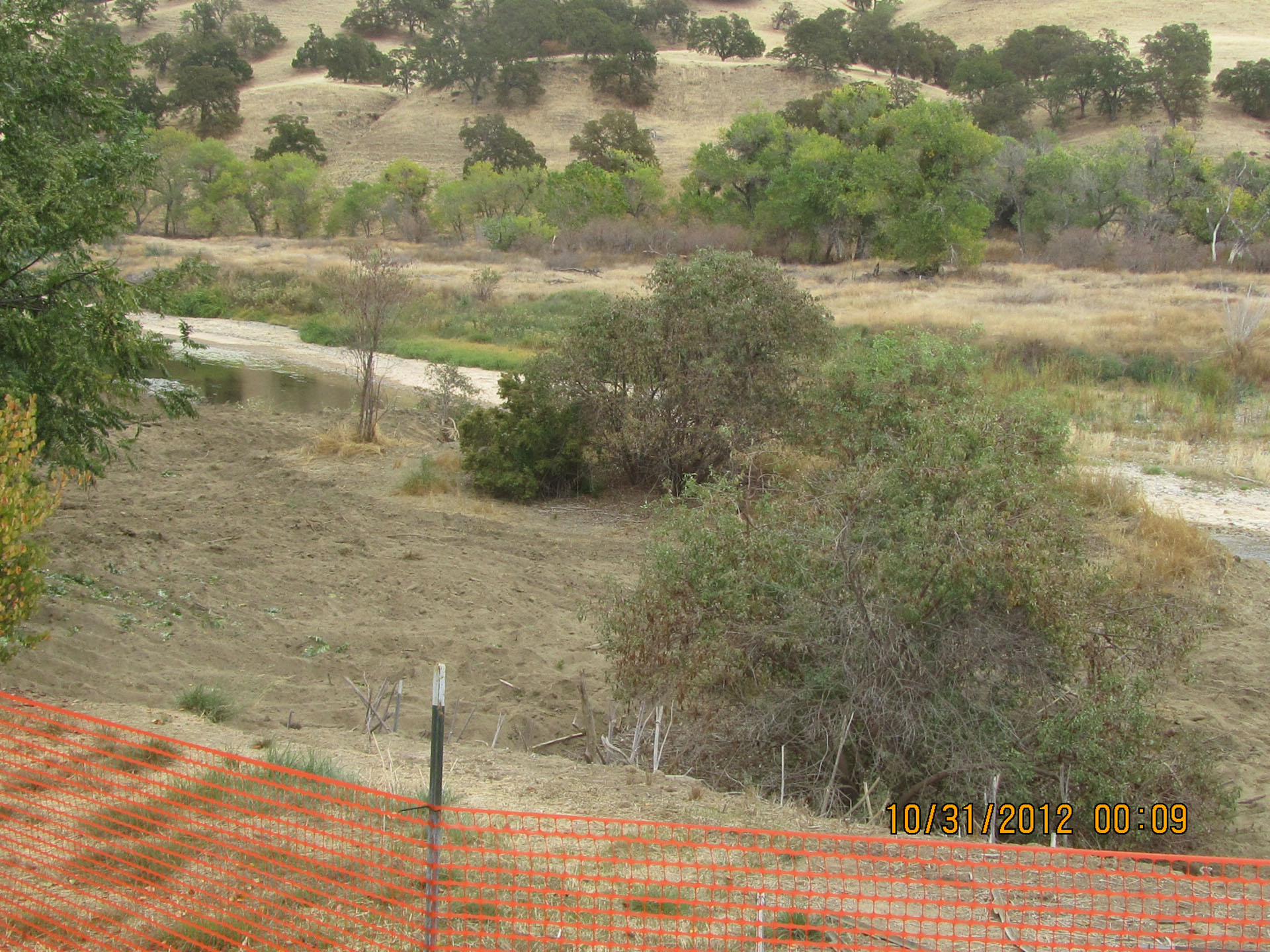