Redding California and it is Fall of 2000.  SWAG (Sacramento Watersheds Action Group) a non-profit formed in 1996 to restore the salmonid habitat in Sulphur Creek (an important (spawning and rearing habitat-wise) a seasonal urban stream, has started to &ldquo;Day Light&rdquo; the Secret Canyon Stream.

Our Sulphur Creek Watershed Analysis and Action Plan (1998) documented the work needed in the watershed &ndash; and if this old Road Crossing (circa 1938) failed it could fill Sulphur Creek with even more sediment and compromise the &ldquo;in stream&rdquo; restoration work that SWAG was doing.

As Project Manager for SWAG I wrote a grant request for $15,000 from CA Department of Water Resources Urban Stream Program.  However, I had badly under estimated the extent of the earthmoving work needed and the permit and planning with the City of Redding was also costly and unanticipated.  Secret Canyon was &ldquo;filled-in&rdquo; back in 1938 to build the Shasta Dam Conveyor Belt and now 60 years later the 36&rdquo; culvert was rotted and over 10,000 CY of fill was threatening to blow out. 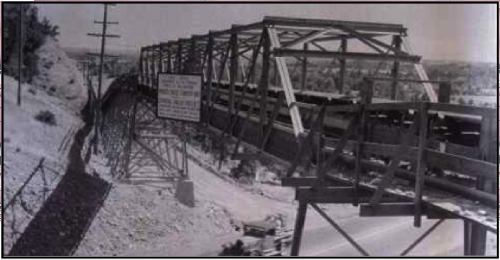 Fig. 1- The Conveyor Belt over North Market Street, circa 1938.  Secret Canyon is to the rear, behind telegraph pole.  The sign says &ldquo;The World Longest Conveyor Belt&rdquo; used to transport over 3 million CY of rock, 11 miles, to build Shasta Dam!! 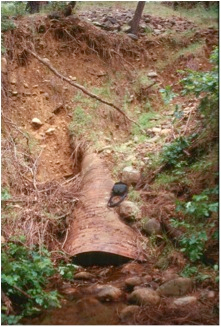 Fortunately SWAG had the support of the Sulphur Creek CRMP and Turtle Bay Museum and we had MOU agreements with Shasta College to do much of the work as part of our work site-learning program &ndash; this project was &ldquo;tailor-made&rdquo; for our Heavy Equipment Operations Class and my Watershed Restoration Class.   Thankfully John Livingston (HE Operation Instructor) and my self had some dedicated student who just wanted to operate bulldozers and RESTORE the land &ndash; these students worked faithfully for over 10 days, 10 hours per day, just &ldquo;pushing dirt&rdquo;.  Chris Cross, a local Trinity County Contractor donated lots of hours on a huge PC 400 Excavator. 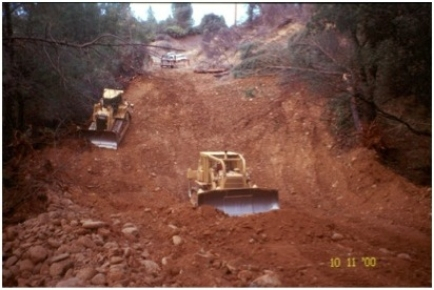 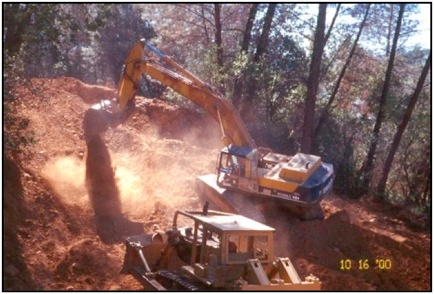 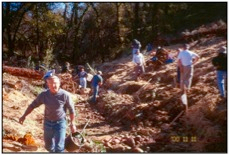 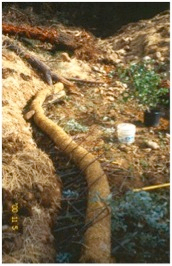 brushlayering of willow and elderberry and cottonwood. 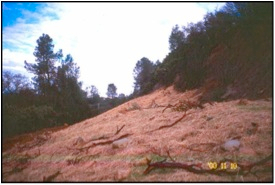 channel was placed back on the hill cut from which it came. 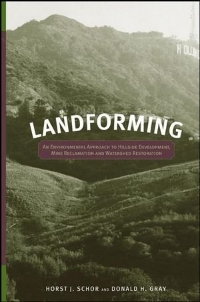 One of the coolest bioengineering techniques is the &ldquo;Live Smile&rdquo;.  I learned this one from a very experienced &ldquo;Bioengineer and Teacher&rdquo; David Polster, from Vancouver Island, BC.  David showed my how willow branches can be constructed as a woven fence but shaped as a catenary curve.  This shape is extremely strong and David has used them successfully to stabilize slumping shallow slope failures.  Below are pictures of David&rsquo;s Live Smiles that I took up in BC.  Well, our fill that was placed steeply (1.5:1 and dozer compacted) had some shallow failures during the first winters heavy rains.  Our Shasta College class stabilized the slumping areas with Live Smiles. 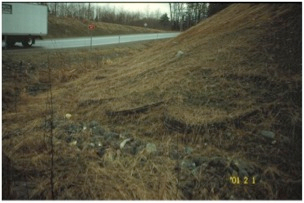 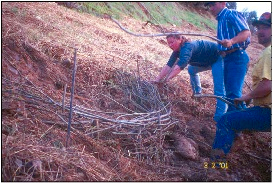 What is really amazing is that the Live Smiles have continued to grow and provide stability after 14 years!  That is 13 very HOT, dry Redding summers!!  These willows are far removed from a stream or a spring or &hellip;  so just remember in the future when considering Salix sp. As an upland restoration plant!  As David Polster so eloquently points out is his treatise about how our restoration goals should include Successional Reclamation concepts &ndash; willow is a successional reclamation plant, it is a pioneer species in many regions coming in initially after fire, landslides etc., holds the soil in place with its fibrous roots, then &ldquo;gives up&rdquo; the now stabile ground as successional species take over.  An important concept indeed!

This project and many more are available in our NEWLY-Published &lsquo;Bioengineering Case Studies&rsquo;, 2014, W. Goldsmith, D. Gray, J. McCullah