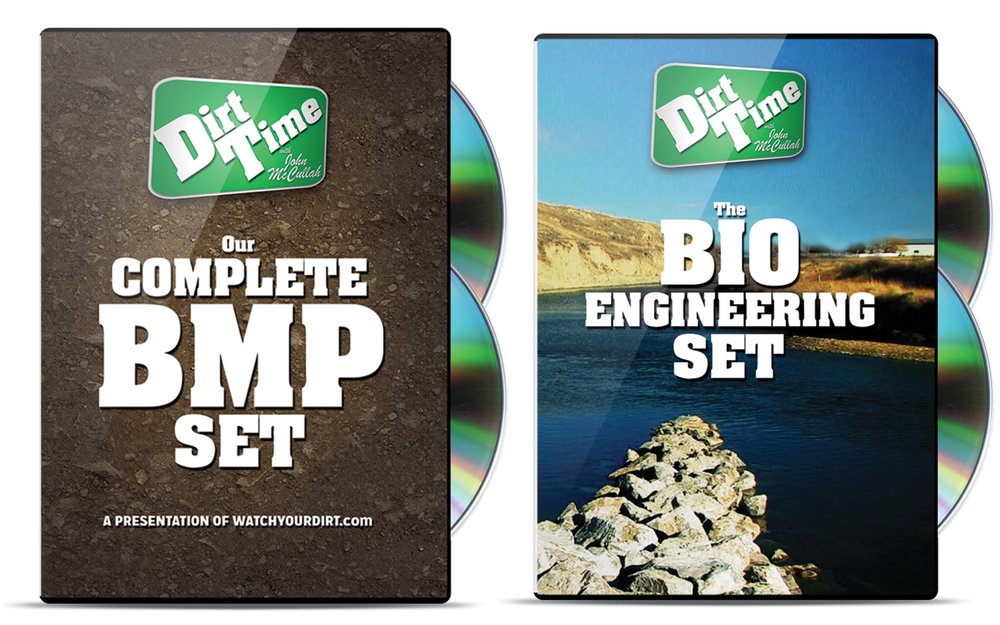 The Complete Works is divided up into two DVD sets – The BMP (Best Managed Practices) set and the BioEngineering Set.  They are available together for only $299 or separately for $175.00 each.

Order them now at the WatchYourDirt Shop (Click Here).

Here’s what is on each of the four discs…

Today we are proud to announce and release…

The Ultimate Collection is EVERY Dirt Time Episode in ONE complete boxed set.  No need to decide which episode is the right one to get.  Now its simple:  Just get the Ultimate Set and get em’ all!

Over the course of those 25 Episodes, you’ll learn about…

Posted at 05:34h in Uncategorized
Share
More info soon…
(though, it is already available at www.watchyourdirtstore.com and at EC10)
Read More

I’d like to introduce you to our newest “super fan”.  Move over Keith!  His name is Jacob Riegelhuth and he is posing above with his own episode of Dirt Time.

I got to meet little Jacob last March in Templeton CA where David Franklin and I were teaching some RWQCB/Caltrans sponsored courses.

His Dad, Pete Riegelhuth, had been telling me for a year that his young son was my biggest fan!  Jacob and his dad watch all the episodes at home and apparently, in Jacob’s mind, I am right up there with SpongeBob.  Now that’s my kind of kid!

When in the car and he sees erosion control he hollers out “there’s John McCullah’s wattle or there’s john McCullah silt fence”.  Wow, awesome!  Anyway, his Mom (she is a fan too) and Dad brought him to this training and we got to meet face to face.  Some kids get ‘Ice Capades’, this little guys gets me.

Why, you might ask, is a family watching Dirt Time?  Well Pete is a long-time associate and Landscape Architect with Caltrans.  He has been involved in Erosion Control for years, in fact he is the Caltrans District 5 Stormwater Coordinator, that is down in the San Louis Obispo to Santa Cruz area.  The District 5 Landscape Architects Group are really environmentally-innovative and have won awards for Bioengineering Streams near Highways.

So, the next time you and your family are curling up around the television, PVR that ‘Dancing with the Stars’ and consider popping in a ‘Dirt Time’.